8 Reasons Not to Use Wasp Spray for Self-Defense

Many people often wonder if wasp spray is a suitable self-defense option. In fact, some even carry it for that sole purpose. However, this is really not a good option. It can be both ineffective for self-defense and lead to serious legal trouble. On top of this, there are far better alternatives that are easily available to the average consumer such as pepper spray and mace. Listed below are 8 reasons why you shouldn’t use wasp spray for self-defense.

There is No Evidence that it is Effective

Not as Good as Pepper Spray

When compared to pepper spray, which is a self-defense option that is both legal and proven to be effective, wasp spray doesn’t come close. Just ask yourself this question, “Would I rather use a proven and effective spray or a spray that was made to deter insects?”

Its Effects are Not Immediate

Most wasp sprays have active ingredients of pyrethroids. These pyrethroids attack the nervous system and are slowly working on humans. This would be very ineffective against an immediate threat. In Fact, any serious harm is likely to happen much later and could lead to greater legal trouble.

Its Effects Can Be Immediately Treated

Not only are its effects not immediate, but the spray can be easily removed from the eyes. Since wasp spray is not oil-based like most pepper sprays, it can be instantly washed out of the eyes with water. This prevents both its short-term and long-term effects.

One of the main reasons why people choose to carry wasp spray for self-defense is because of its long-range of fire. However, there are other options that are proven to be effective at similar ranges as wasp spray. One example of this is bear spray. Bear Spray is a type of pepper spray that has a longer range than traditional pepper spray. On top of this, it is also shown to have a longer effective distance and greater dispersal area than that of wasp spray.

Easy to Self Harm

Reports of accidental self-harm from wasp spray are well recorded by Poison Control and are shown to be sky-high. If people accidentally spray themselves in calm and controlled environments every day, imagine how easy it will be to make a mistake in a life or death situation.

Personal Liability May Be Significant

Because wasp spray is not a legal self-defense tool, it would be much harder to gain a strong defense for your case. Especially if the spray entered the retina of your attacker and created serious damage. This could be classified as use of deadly force and could be very costly for you and lead to serious legal consequences.

I would avoid using wasp spray as a self-defense tool unless it was the only option available. Even so, I would rather use my hands than wasp spray. We live in a world where self-defense tools such as pepper spray and mace are both widely available and affordable. Not to mention, the legal repercussions of wasp spray are far greater than that of pepper spray. In conclusion, I do not see any reason why someone would have to use wasp spray as their first line of defense against an attacker. 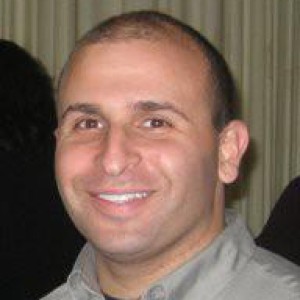 Founder of Mindful Defense™, an effective system of self-defense for all skill levels regardless of age, gender or physical ability. David is a full-time martial arts and self-defense instructor at his studio, Overland Park Karate, in Overland Park, KS.
PrevPreviousBest Pepper Spray of 2020: Plegium Genie Smart Pepper Spray
Next5 Tips: How to Stay Safe While Pumping GasNext